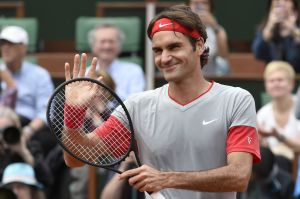 (24 Nov) Johannesburg : World number three Roger Federer will not retire at least till 2017 as the Swiss maestro has signed a two-year deal to play at the Stuttgart grass-court tournament, which will be played on grass. Expressing his happiness, the 34-year-old said that he always wanted to play Stuttgart and is eagerly looking forward to it, Sport24 reported. The 17-time Grand Slam champion admitted he loves playing on grass, adding that his aim will be to clinch the title. Federer said that although Wimbledon and Rio are big event, Australian Open is his number one priority at a moment. Earlier, Federer became world number one Novak Djokovic’s last victim of the year as the Serbian claimed a 6-3, 6-4 victory in the finals of the ATP World Tour Finals. But Federer, who has recently been awarded with the Stefan Edberg Sportsmanship Award, managed to bring Djokovic’s 23-winning streak to an end in the robin-round group clash.