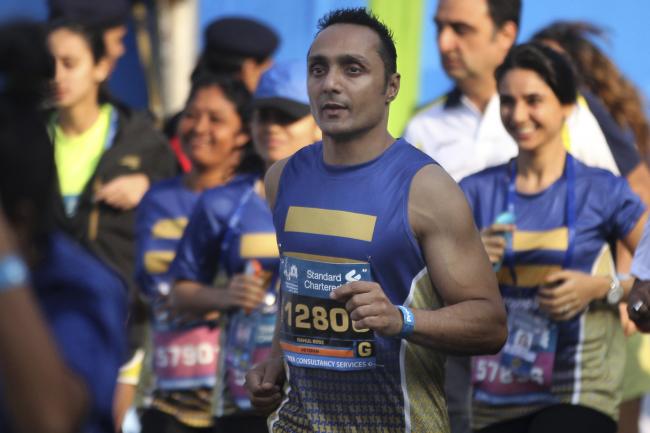 The 2015 edition of the Mumbai Marathon, the largest marathon in Southeast Asia, will take place on Saturday, Jan. 18, bringing together thousands of long-distance runners, fanatics and a handful of runners hoping to qualify for the World Championships. The Elite marathon will start at 5:10 p.m. CST.
Traditionally, the marathon doesn’t attract many international stars due to the high humidity and temperatures, making it unsuitable for runners looking to put down a top time.
But this year’s edition will serve as a trial for the Beijing World Championships in August, according to The Free Press Journal, so local favourites Lalita Babbar and Karan Singh will be gunning for a top performance on Saturday.
Event Info
Date: Jan. 18
Start Time: 5:10 p.m. CST, 11.40 a.m. GMT
Location: Mumbai, India

The start and finish will take place at the Azad Maidan sports ground, in the southern part of Mumbai. Runners will turn at the Trident Hotel toward Wankhede Stadium, continuing north past the Babulnath Temple and Jaslok Hospital.
At the spectacular Rajiv Ghandi Sea Link, the course will turn east toward the Lilavati Hospital and follow the Mahim Causeway until they reach the original racecourse, this time following it in a southerly direction.
Mumbai Marathon would be the pre-qualification event for the Indian team at the (IAAF) World Championships in Beijing in August.
[On whether it would also serve as a qualification event for the Summer Olympics in Rio, Brazil] It’s too early. There will be another Mumbai Marathon next year (before the August 5-21, 2016 Olympic Games).
[On the new marathon calendar] This is being done for the benefit of our athletes, to bring in some system in long distance running and prevent their burn-out. It will help our long-distance runners. Each athlete should run only X number of events.
Babbar and Singh are the defending champions in the women’s and men’s categories, respectively, and both will once again be favourites for the title in 2015.
Babbar’s 2014 time (two hours, 50 minutes and 31 seconds) was over six minutes short of the women’s cut-off time for the World Championships (two hours, 44 minutes), while only a handful of male Indian athletes have ever managed to dip under two hours and 18 minutes, their mark for qualification.
Booking a spot in the championships in Beijing won’t be easy, but local runners know more is at stake in 2015 than just the title. Mumbai 2015 will present a unique opportunity for India to make their mark on the sport of long-distance running—it will be up to the individual athletes to perform on Saturday.