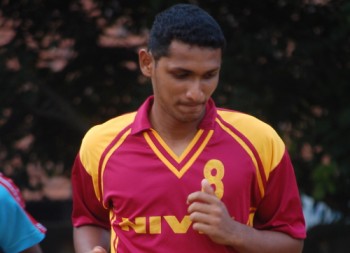 Stephen recently plied his trade at Mohammedan Sporting Club and was also part of the Mumbai FC squad in 2012-13.

“I am happy to be back here. The last time I played for Mumbai was really fun. I managed to gel with the squad well. At Mohammedan I lacked game time because of personal issues back home. I am looking forward to starting afresh at Mumbai FC. To be honest, it feels like I never left,” said Stephen.

Justine was a crucial member of the Mumbai FC squad in 2012-13 and head coach Khalid Jamil is happy to have him back.
“I have closely followed Justine’s career. He has the pedigree to perform consistently. He played a crucial role for all the clubs he has represented. He is an important addition for us,” said the coach.