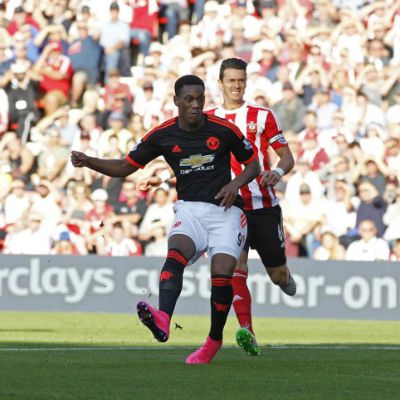 Anthony Martial proved to be a decisive figure in the match as the 19 year-old scored a brace to help Manchester United come back from being a goal down to win the match against Southampton 3-2. Graziano Pellè opened Southampton’s account as the Italian striker scored for the Saints in 13th minute. However the lead couldn’t last long as Martial levelled the score in the 34th minute.

Five minutes into the second half, a poor back-pass from Southampton defender Yoshida was converted into a goal by Anthony Martial, to give Manchester United the lead.

However, towards the dying stages of the match, Graziano Pellè headed home his and Southampton’s second goal of the match, giving the Saints’ fans some hope. But despite numerous efforts towards the end, Southampton failed to find the equaliser and went on to lose 3-2 to United.