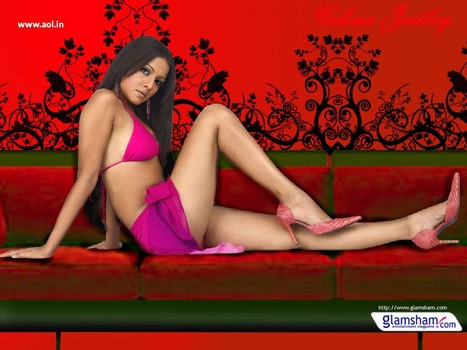 I was a victim of the exploding wardrobe syndrome: Celina Jaitley –

New Delhi, Dec. 22 — Celina Jaitley, who became popular with her roles in films like No Entry (2005) and Golmaal Returns (2008) is now enjoying her role as mother to twin boys.
Having experienced the various phases of womanhood, she has seen how one’s wardrobe evolves over time. From her modelling days and the acting phase to her pregnancy, Celina has seen it all. She says, “My wardrobe is an integral part of my identity. I have a planned wardrobe – a melange of various shades of my moods and roles as a woman.”
However, wardrobe makeovers are often difficult for Celina as she gets attached to her clothes. She explains, “Earlier, I used to be a victim of the exploding wardrobe syndrome. But I now realise that hanging on to clothes and other items is psychologically equivalent to not letting go.”
And now, she has found that charity is actually an opportunity to revamp her style with changing season. She says, “Hence I make a very strong effort to evolve every season, and I do give away everything twice a year.”
However, in a city plagued with the issue of space crunch, Celina is lucky enough to have a walk-in wardrobe. She says, “It is huge and has customised space for everything from gowns and saris to swim wear. It’s has a special walk-in area for my 800 plus shoes too.”