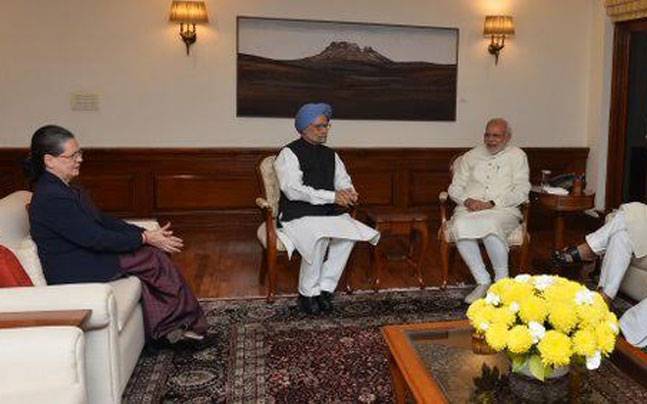 The government, often accused of being unilateral in decisions because it enjoys majority in the Lower House, has put the GST legislation on fast track. It is clear that the government wants to get done with this GST business as soon as possible and hopes to implement it by the next financial year. Based on the experience of countries where GST isalready in action, the government knows the implementation of GST generally will lead to an initial backlash as things are bound to get slightly expensive with the new levy. The sooner the better. The government doesn’t want it to hang fire and singe it in a big election year. The meeting between the leading lights of the government and the opposition saw the two parties discussing other issues as well. In the major reach-out to the main Opposition, the Prime Minister invited Gandhi and Singh over tea at his Race Course Road residence around 7 PM.

It is also opposed to states being given powers to levy additional 1 per cent tax on supply of goods over and above GST rate. GST Logjam Congress’ three demands 1. GST rate capped at 18 per cent 2. No taxation on interstate sales 3. Tax dispute to be resolved through mechanism Government’s response to the 3 demands 1. Will be difficult to alter the rate in future 2.Tax to reimburse high producing states 3. Not clear on the mechanism What’s the GST Bill 1. The Goods and Services Tax (GST) is billed as India’s biggest tax reform since Independence. 2. GST is a single tax on any supply of goods or services and would replace excise, service tax, state Value Added Tax, entry tax and other state levies. 3. VAT regulations and rates generally vary across states but GST would introduce uniform taxation laws across states and different sectors. 4. The taxes would be divided between the state and the Centre, based on a formula that would be acceptable to both. 5. GST Bill will reduces the tax burden on producers. 6. GST will lower overall production cost and increase the output of the economy in the long run. 7. Initially however, GST is likely tocause high inflation rates, administrative costs, and face stiff opposition from states due to loss of autonomy.