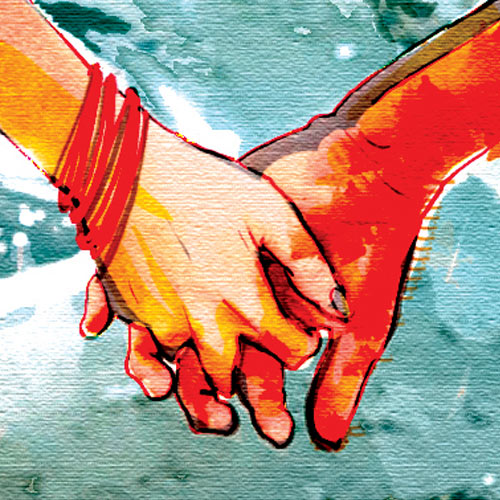 According to various media reports, leaders from BJP, VHP and RSS are involved in what can be best described as the fight against Love Jihad.

For the uninitiated, the term Love Jihad is used to describe the act of a Muslim man wooing young Hindu girls and then converting them to Islam.

According to India Today, BJP MLA Suresh Rana has admitted that he had fabricated rape charges against Muslim boys to teach them lesson for marrying Hindu girls. A Cobrapost sting suggested that that while the inter-faith marriage was consensual, the Muslim boys were charged with rape to teach them a lesson.

According to a post on Youth Ki Awaaz, Suresh Rana said: “Now I will tell you the truth. We charged them with rape, but it wasn’t rape, it was consensual. We slapped a rape case against them to teach them a lesson. The girl wasn’t ready to give a statement against them. If you look at the case in depth, the girl was willing. Three people didn’t take her away by force… Girls are girls…it has been said about them that they will change according to circumstances in five minutes…when she was slapped and coerced, she wrote the FIR (that we wanted).”What do you think?”

Another BJP leader embroiled in this scandal is current Minister of State for Agriculture Sanjeev Kumar Balyan who was in the news on Tuesday for announcing that labs would set up at ports to check illegal cow-meat export.

Balyan was quoted saying by The Wire: “In the beginning, (Muslim) boys would roam around on motorcycles in front of schools and Plus Two Colleges using Hindu names like Sonu, Monu, with a kalawa (sacred thread) tied around their wrists, pretending to be Hindus. A girl who falls in this trap would come to know only later, after eloping with the boy, that she is not with a Hindu. There have been a lot of such cases.”

Another BJP leader, Sangeet Som who was booked for making inflammatory remarks about the Dadri lynching, explained how they persuade Hindu girls who have married Muslim men to return to their parents: “We make her see the reason that this is not good for her. We tell her that they are Muslims, they never settle for one woman, whereas a Hindu boy will be automatically sent to jail if he does so. Most importantly, we exert on her emotionally that her mother will die, her father will die and brother might even commit suicide as he would not be able to face the society.”

You can check out the whole Cobrapost report here.