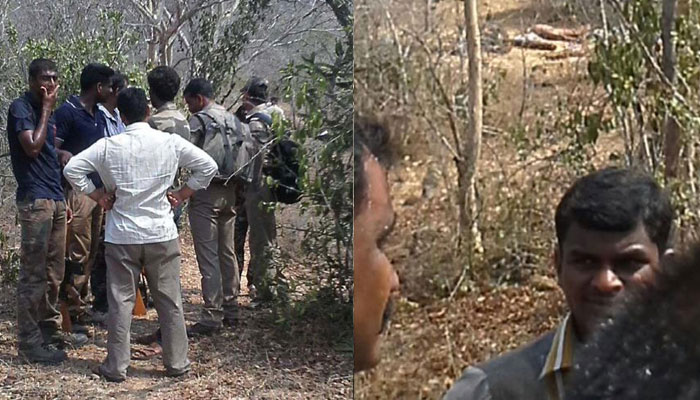 Hyderabad: At least 20 red sandalwood smugglers were killed in a joint operation by the Andhra Pradesh Police and forest officials in Chittoor district of the state on Tuesday. Majority of those killed are said to be natives of Tamil Nadu.

However, none of the forest officials and policemen were injured in the incident.

According to reports, the encounter began in Seshachalam forest at around 5.00 am at two places within a radius of one km in Chandragiri mandal of Chittoor, about 500 km from Hyderabad.

Deputy Inspector General of Police Kanta Rao told reporters that a large number of red sandalwood smugglers and labourers attacked policemen with sickles and axes and pelted stones on them, forcing the officials to open fire in self defence.

The encounter started after a joint team of the Red Sanders Anti-Smuggling Task Force (RSASTF) and forest officials intercepted about 100 red sandalwood smugglers inside the forest area.

The encounter is still on and many smugglers have also sustained injuries due to heavy exchange of gunfire from both sides.

Top Andhra Pradesh officials have reached the encounter site and a massive search operation has also been launched in the areas adjoining the Chittoor forest.

On December 4, the police had seized 23 tonnes of red-sandalwood worth Rs 9 crore from smugglers.