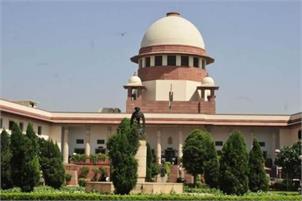 allegedly spitting on a doctor at a medical facility in Tripura were granted interim bail by a court here on Tuesday.

After hearing the arguments, judicial magistrate Sanjan Lal Tripura granted interim bail to the accused persons till August 29 on furnishing of bail bond of Rs 30,000 each with one surety of like amount by August 10 with the condition that they will co-operate with the investigation.

The police prayed for getting remand but the judge declined, saying the present factual circumstances of the case do not justify that.

West Tripura District Surveillance Officer Dr Sangita Chakraborty went to the Covid Care Centre set up at the Bhagat Singh Youth Hostel on July 24 to admit five women with newborn babies when a group of patients said they would not allow any new admission, alleging that the facility had reached full occupancy, according to police.

When doctors at the centre tried to convince the patients, they allegedly abused and spat at Chakraborty and also threatened to infect her with coronavirus, police said.

The four were arrested based on an FIR lodged by the Director of Health Services at the New Capital Complex (NCC) police station.PTI