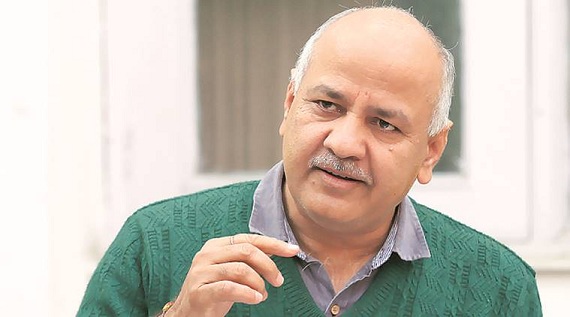 Deputy Chief Minister Manish Sisodia on Saturday defended the use of the Rapid Antigen tests for diagnosis of COVID-19 in the national capital, saying the false reading rate for it is almost the same as that of the-PCR.

Sisodia said the Rapid Antigen Test (RAT), over which the experts have expressed reservations due to high false negative rate, has its own merits, one of which is giving immediate results that can help in early isolation of a patient to contain the spread of the virus.

“I don’t think there is a problem with antigen tests. The false reading rate for antigen is almost same as that of-PCR which is around 30 per cent,” Sisodia told PTI in an interview.

He was responding to a question on why the Delhi government was not increasing the PCR (Reverse Transcription Polymerase Chain Reaction) — a laboratory technique widely used in the diagnosis of genetic diseases as well to measure gene expression in research and considered more reliable due to its sensitivity and — despite the High Court’s observations in this regard.

Delhi started ramping up coronavirus tests since June 18, especially after RAT was introduced. The increased number of tests proved to be an important pillar, according to experts, in containing the spread of the virus in the city where fresh infections per day had touched nearly 4,000 in June.

However, the bulk of the daily tests continue to be RAT.

Till July 30, more than 10.13 lakh tests were conducted in the national capital, according to the health bulletin of which some five lakh were conducted alone in that month.

Of the five lakh tests in July, 3.82 lakh tests were RAT while the rest were mostly PCR.

Last month, when Delhi’s case tally started showing a decline, several experts lauded the role of increased testing in curbing it. However, they expressed reservations about the reliance on RAT.

“Delhi has almost completely switched to antigen based tests. A very large amount of tests are antigen tests and they have sensitivity of 50-60 per cent. It is possible that the reduced numbers (of cases) are because of the low sensitivity of the antigen test,” Jameel, CEO of the Welcome Trust/ DBT India Alliance, had told PTI last month.

Referring to lab sensitivity, he said the nasal swab, for instance, has to be put deep into the nasal cavity and maybe not everyone is trained adequately.

“It is not that PCR does not have false negative. Antigen test has its merits.- PCR test results come in two days and by then already many people are infected from the individual concerned. However, antigen test has immediate results which is effective in controlling its further spread,” Sisodia said.

On July 27, the Delhi High Court had asked the AAP government why it was going with RAT, which has a high rate of false negative results, as the primary test of COVID-19 infection.

The high court was also of the view that in light of the sero survey report and the high rate of false negatives of RAT,-PCR tests, whose numbers were plummeting, should be ramped up.

On August 4, the Delhi High Court also disapproved of the AAP government’s “resistance” to monitor its COVID-19 testing strategy, saying the administration appears to have developed “cold feet” as it was questioning maintainability of a plea for augmenting of testing numbers in the national capital on “technical” grounds.

However, in the instant matter, the focus of the court has been on ramping up testing in Delhi not just through RAT, but also through-PCR, CB-NAAT and TrueNat, it said.

TrueNat is an indigenously developed portable version of CBNAAT and was also meant for detecting tuberculosis (TB).PTI