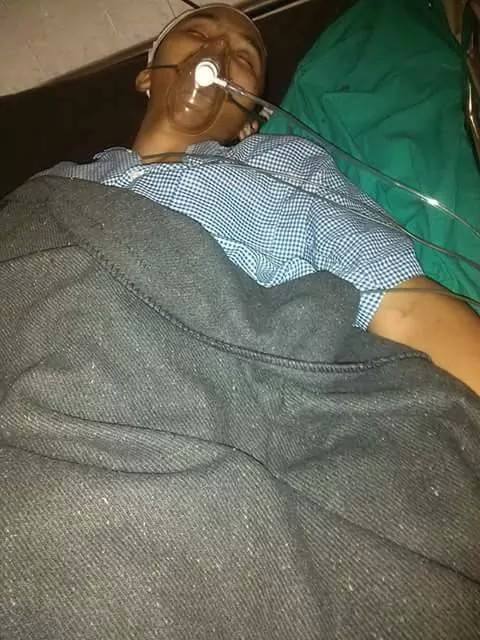 Sikkim Students Brutally Beaten Up in Maharashtra – One Critical

Five students from Sikkim and studying AT the Degree College of Physical Education (DCPE) Maharashtra (Amravati) run by famous Hanuman Vyayam Prasarak Mandal (HVPM) were severely injured in a clash over a minor dispute, police said.

The injured have been identified as Pempa, Lako, Prayaz Chhetri, Subhalal, Shishir Chhetri (all from Sikkim) and Mayur Kumar (from Delhi). They have been admitted to hospital.

Police said Pempa is in a critical condition.

According to police, a heated exchange of words between two students from Sikkim and Delhi in the afternoon, in which the Delhi student gave Ama ko galee to the student from Sikkim turned into a full-blown fight at the entrance of the college.

Police said Pempa, a basketball player, was attacked with stones by a group of 15-20 students from Delhi.

“Pempa ran for his life towards Gandhi Chowk and took shelter in a cracker shop belonging to one Thakur. His attackers chased him there and asked Thakur to hand him over to them. As Thakur refused, the group pelted his shop with stones,” said DCP Moreshwar Gharge.

The students also allegedly attacked some passersby and damaged private vehicles parked in the area.

Police have arrested one Bhajanlal Kishanchand Sharma in this connection, while other students are at large.

Gharge said that police are yet to register a case in this regard.

Nothing has been done to assist the students from Sikkim, while the arrested culprit is being given full facility.