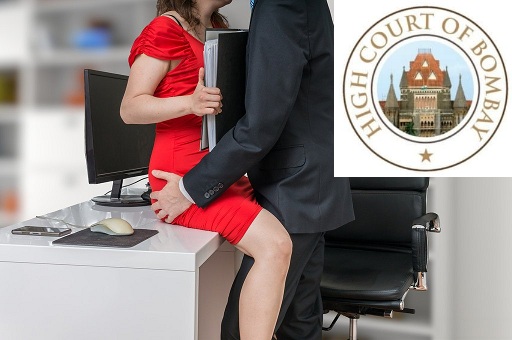 Petitioner-1, victim; is the main petitioner and employee of Sanofi India Limited. Petitioner-2, Sushma Maurya is President of Awwaaz Foundation, a duly registered Ngo working for women’s empowerment. There are 8 parties in the Writ Petition.

Respondents are management personnel of Sanofi, a multinational pharmaceutical company operating globally. Sanofi produces medicines not just for India, but for its global operation, considering low cost of labour and cost of production. It employs more than 3,000 employees across India. Shares of Sanofi are quoted on the Bombay and National Stock Exchanges.

2019 annual reports, p.45 mentions “During the year 2019, the Company i.e. Sanofi received one complaint of alleged sexual harassment which was thoroughly investigated by the Internal Committee. In such matters on the recommendations of Internal Committee, appropriate disciplinary and corrective actions are taken by the Company.”

And, further DIRECTORS’ RESPONSIBILITY STATEMENT, p.44 states “During the year under review, the Statutory Auditors, Cost Auditors and Secretarial Auditors have not reported any instances of frauds committed in the Company by its Officers or Employees to the Audit Committee under section 143(12) of the Act, details of which needs to be mentioned in this Report.”. These false statement in annual reports are fraud executed by Sanofi India on investors. Respondents-1 to 6 have failed in reporting evidences of bribery provided by Petitioner-1 to SFIO (Serious Fraud Investigation Office), which are mandatory requirements for a limited company. Therefore, non-adherence to Sexual Harassment of Women at Workplace, Prevention, Prohibition, and Redressal Act 2013 (the “Act”) by the Respondents-foreign management brutally exploiting Indian resources for exclusive profit making; without conforming to the Act, is blatant abuse of process of the law. Respondent-1,2,3 and 6 are senior executives responsible for implementing the Act in India.

THAT, thereafter, on 09-07-2018 through email, Petitioner-1, Victim whistle-blew unethical corrupt practices of fraud, bribing distributors for increasing sales at Sanofi; wherein, cash was collected from her and other employees forcibly. Petitioner-1, Victim submitted written complaints along with video recording of bribing distributors for increasing sales; to the management. The Companies Act contains provisions to prevent corruption and fraud in companies. Section 177 of the Companies Act requires every listed company to establish a vigilance mechanism for directors and employees to report genuine concerns and to provide for adequate safeguard mechanism against the victimization of persons who use such a mechanism. Albeit, without adequate mechanism in place, Petitioner-1 was victimized sexually by Respondent-7 with the connivance of Respondent-4, and Respondent-5 (both at Senior level). And, later by Respondent-6 (ICC), who subverting justice, conclusively closed, defenestrating the entire case;

PRELIMINARY OBJECTIONS IN ICC NOT ADHERING TO PRINCIPLES OF NATURAL JUSTICE – NO INVESTIGATION, NO FRAMING CHARGES, OPEN AND SHUT CASE:

Petitioner-1, victim approached Petitioner-2, Sushma Maurya of Awwaaz Foundation in dire condition when she was feeling suicidal. Petitioner-1,Victim narrated entire incident from bribery to being sexually harassed, upon which Petitioner-2, a registered NGO working for women’s right took the initiative considering mental and harassed condition issued notice to the police station and SANOFI through their lawyer to provide legal assistance to the victim. Thereafter, Petitioner-1 approached many other private lawyers who were not willing to institute proceedings against the Pharma giant. Considering lack of initiative from lawyers, Petitioner-1 again approached Petitioner-2 insisting that the present matter be pursued with the help of her NGO lawyer who was convinced into contesting the present matter. However, after Sanofi’s false and concocted ICC report, Petitioner-1 fell sick and underwent operation due to depression, ill-health and lack of social support. Considering mental trauma and mental harassment of Petitioner-1, Petitioner-2 agreed to take initiative in present case; understanding of the entire case and various health circumstances of Petitioner-1 consumed considerable amount of time of the present lawyer. Petitioner-2 has agreed to testify whatever knowledge she has pertaining to this case in interest of justice, without prejudice towards none, The matter is before Bombay High Court.