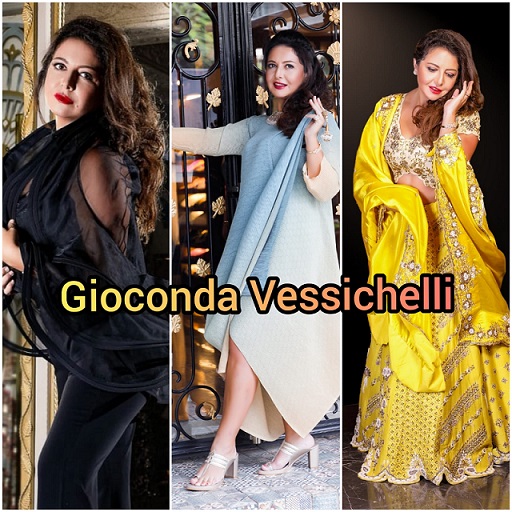 On the 20th Aniversary of her worldwide career started as a child prodigy, the 7 international opera awards winner Gioconda Vessichelli singer from Italy, who has always said India is her second Land as she is spiritual connected to India and she is the inventor and pioneer of BollywoOPERA style, is telling us all her artistic journey.
She is a 360 degrees versatile artist, as she is not only a singer but also an actress and director as she got degrees in Performing arts from University of Rome Italy.
On 22 January 2022 a great concert in honor of her career Aniversary will be held with her as protagonist with the 3 tenors.
We have seen so much about her being the first singer ever in the world to build a fusion between Western and Eastern music and culture theough her BollywoOPERA style created and patented in Delhi. In fact she is the first non Indian woman to receive the Indian woman Award  for fusing Bollywood music with Opera music and she has done collaborations with many eminent artists of Indian music (Sukhwinder Singh, Aari Aran, Mika Singh, Salim Sulaiman, Asha Bhosle, Zakir Hussain, Anup Jalota, and many others).