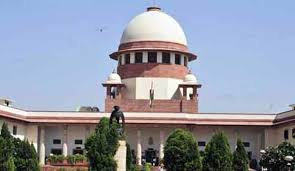 New Delhi: The Supreme Court on Monday dismissed a plea of Jammu and Kashmir Awami National Conference (ANC) seeking postponement of assembly polls in the flood-ravaged state. A bench comprising chief justice H.L. Dattu and justice A.K. Sikri refused to direct the Election Commission to postpone the polls in the state on the ground that relief and rehabilitation work was still on.

During the brief hearing, senior advocate Rajeev Dhawan, appearing for the political outfit, said that free and fair election, in which all voters can participate, is not possible in the state which has a large population of internally displaced persons. Earlier a separate bench, before which the plea was mentioned, had referred it to the court of the chief justice of India (CJI). It was said the bench of CJI has been hearing a batch of petitions relating to relief and rehabilitation work in Jammu and Kashmir.

The plea, while seeking quashing of the election schedule till the situation becomes congenial for polls, had said that around 2,600 villages were hit by the floods and around 390 villages were submerged.
It had submitted that the rehabilitation work was still not complete, which posed a question if the EC would be able to ensure a free and fair election.