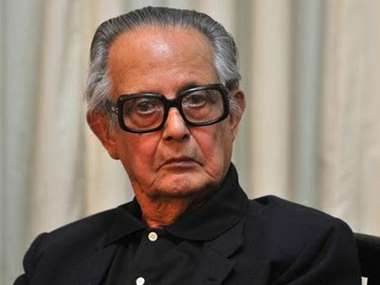 Noted cartoonist R K Laxman’s health has taken a turn for the worse and he has now been put back on mechanical ventilator support, news reports said this morning.

“Laxman took a turn for the worse after he slipped into a ‘very critical state’, following which he has been put back on mechanical ventilator support,” medical sources told The Hindu.

Last week, there was a slight improvement in the condition of Laxman, who has been undergoing treatment since last week, the Pune-based Deenanath Mangeshkar Hospital said in a statement issued. “Laxman’s medical condition has marginally improved. He is breathing on his own and doesn’t require mechanical ventilatory assistance,” it had said.

“His blood pressure and cardiac function have also improved but he still needs dialysis as his kidney function remains suboptimal,” it added.

The hospital had further said that the eminent cartoonist was not yet able to communicate, though “there is some improvement in his level of consciousness”.

Laxman, 94, was admitted to the Mangeshkar hospital last week after suffering from a urinary infection that led to a multi-organ failure.