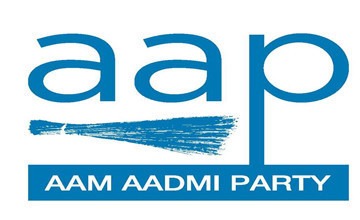 The Mumbai Marathi Grantha Sangrahalay is over a 100 year old institution. Prominent personalities and freedom fighters like Dr Babasaheb Ambedkar, Justice Ranade and Lokmanya Bal Gangadhar Tilak have graced it’s membership. The institution is replete with history such as the inauguration of Sharda Cinema, on the premises of the Sangrahalay by former PM Jawaharlal Nehru.

The Orgranization has 27 Branches and over 7000 members. The Mumbai Marathi Grantha Sangrahalay is not just a library but has been a refuge of generations of countless young people who have used its reading rooms to study, while they didn’t have adequate space at home.

The 1989 constitution grants them a 3 year term, but the management commitee has been working for over five years.

Trustees were just appointed at the whim of Sharad Pawar. He wrote a letter in the morning and they were appointed as trustees in the evening. Here is a letter which says make them trustees- ANNEXURE 1.

Lastly, the election that was conducted on 26th September, was illegal and flouted all norms. As per the constitution, all members elect the managing committee but the electors were restricted to only 36 members. Hence, Anil Galgali didn’t contest the election, as it was against the letter and spirit of constitution’s provision 10.1.

What is the interest of Sharad Pawar in the Mumbai Marathi Grantha Sangrahalay? He has historically, always been allegedly accused of land grabing but in this case it is not just land grabbing but something as petty as a ‘Pustak Chor’, for that is what he is.

AAP has written to the Charity Commissioner against the above mentioned blatant illegalities. We demand that the body be suspended and an adminstrator be appointed and further pending elections be conducted per constitutional provisions..