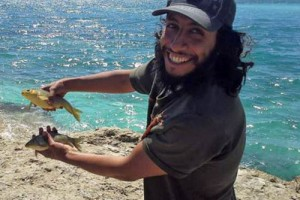 (19 Nov) Even as his wife blows herself up in gun battle with French police; group was planning simultaneous attacks with AK-47s and bombs on Paris Charles de Gaulle airport and a popular shopping centre. Paris : More than 100 armed officers stormed a flat in Saint-Denis, a suburb of Paris, on Wednesday in the belief that Paris carnage mastermind Abdelhamid Abaaoud, 27, was holed up inside with six other terrorists, online media reports said. A female terrorist believed to be Abaaoud’s jihadi bride blew herself up with a suicide vest and another jihadi was killed by a grenade during the six-hour siege in which five people were taken alive and arrested. However, the French authorities were not forthcoming on whether Abdelhamid Abaaoud was there or if he is alive or dead. However, the French Ambassador in India told NDTV, “I have information that leads us to suspect that he has committed suicide. I do not have indication we have received,” Ambassador Francois Richier said. He added in the same breath,

“We, however, need to wait for confirmation of the outcome of the operation.” Sate broadcaster France 2 claimed that the group inside the flat was a ‘fourth unit’ apart from the three that killed 129 on Friday and were planning simultaneous attacks with AK-47s and bombs on Paris Charles de Gaulle airport and the Quatre Temps shopping centre in the city’s business district. Security services hunting for Abaaoud had spent days watching flats and tapping phones; Wednesday’s storming was a culmination of this extensive search. A woman ‘with long blonde hair’ is said to have fired her AK-47 at police before blowing herself up as the assault squad stormed their hideout, online reports added. A seven-year-old sniffer dog called Diesel, which was sent into the block to look for booby traps, was killed in the blast. The stand-off ended as a bloodied and half-naked suspect was dragged out of the apartment close to the Stade de France. Witnesses told MailOnline there were periods of intense machinegun fire and at least seven large explosions, which turned their street ‘into a warzone.’ The man who rented the flat to ‘two Belgians’ has been arrested and claims: ”I didn’t know they were terrorists. It was a favour.” Paris prosecutor Francois Molins said authorities are still working to determine the fate of Abaaoud and identify those killed and arrested. He confirmed three suspected jihadis were held in the flat and two more ‘as they tried to hide in the rubble’ of the block. Saint-Denis is one of France’s most historic places. French kings were crowned and buried through the centuries in its famed basilica, a majestic Gothic church that towers over the area. Crossing borders at will The mastermind of the Paris massacres previously bragged about travelling across Europe at will to plot atrocities. Belgian extremist Abdelhamid Abaaoud, despite being on wanted lists, has shuttled between Syria and Europe, exploiting the migrant crisis on EU borders. The 27-year-old has been able to plan two atrocities and brainwash hundreds of young men into joining the Islamic State, including his 13-year-old brother. Abaaoud attended one of Brussels’ most prestigious schools – Collège Saint-Pierre – but he fell into trouble with the law and was jailed for theft. It is claimed he was then radicalised in the Saint Gilles prison and went to Syria to join IS. A forensic scientist searches for evidences in the apartment raided by the French Special Forces on Wednesday.