BREAKING NEWS
02:15 PM
Home Legal No interim protection from arrest to Kalra till May 18 in oxygen black marketing case: HC 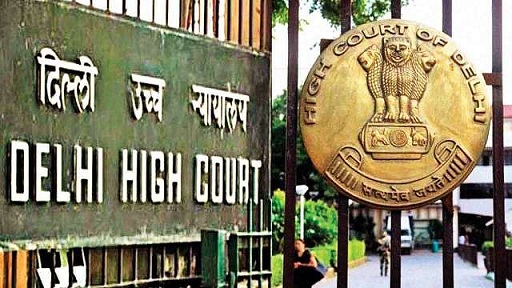 No interim protection from arrest to Kalra till May 18 in oxygen black marketing case: HC

The Delhi High Court Friday declined to grant interim protection from arrest to Navneet Kalra, seeking anticipatory bail in connection with alleged black marketing of oxygen concentrators, agreeing with the reasons given by the trial court while denying him the relief.

A sessions court had on Thursday dismissed Kalra’s anticipatory bail plea, saying the allegations against him were serious and his custodial interrogation was required to “unearth the entire conspiracy”.

“I am persuaded by the reasons given by the trial court which is a valid ground for me not to grant any interim protection now,” Justice Subramonium Prasad said while listing the matter for hearing on May 18.

The observation came after Kalra’s lawyers — senior advocates Abhishek M Singhvi and Vikas Pahwa — urged the court to grant some interim protection if the matter was going to be adjourned till May 18 on the request of Additional Solicitor General (ASG) S V Raju.

Singhvi told the court that the police was actively searching for Kalra and was visiting the homes of its relatives and close friends and it ought not to be done when the high court was hearing his plea for anticipatory bail.

He said he was not in a “begging game” with the authorities and was relying on the high court to protect his client’s rights as the police was out looking for him with a “fanaticism” as if he were a “trophy”.

When the hearing commenced on Friday afternoon, ASG Raju urged the high court to hear it on Tuesday, May 18, as he had a lot of material, like information with regard to shell companies, which he needed to place before it and would require some time.

Heavens would not fall if the matter is taken up on May 18, Raju said, adding that there was no need for giving such a preference, like hearing the case on a holiday, to Kalra as his plea for anticipatory bail is just like that of anyone else seeking the same relief.

Singhvi opposed the contention saying it was an attempt to embarrass the court.

He said one of the charges against his client was that he had overcharged for the concentrators and to investigate it, Kalra’s arrest was not required.

He said that under the Drug Price Control Order (DPCO) 2013, there is a provision for adjusting the overcharged amount or refunding it.

The high court said a number of concentrators were seized from his properties and price stickers, including blank ones, were found at the site.

“Therefore, the question is would it be a violation of the DPCO 2013,” the court said, adding that if so, then can the Essential Commodities Act, under which the DPCO comes, be given the go-by.

It is Kalra’s contention the Essential Commodities Act is not applicable in the instant case as no price was fixed for oxygen concentrators imported from abroad.

The high court also asked Kalra how many concentrators were sold by him prior to seizure of the 105 units from two of his restaurants.

It also said that according to the trial court, Kalra had sold spurious and inferior concentrators at a higher price.

Singhvi said he will provide data regarding sale of the concentrators on the next date.

He also told the high court that if according to the state, the concentrators his client had sold were substandard, then why were the seized units donated to COVID care centres.

The senior lawyer also told the high court that only under ideal conditions would a concentrator give an output of 80-90 per cent, otherwise in normal conditions, it gives around 60-70 per cent.

He also said that his client did not say to any of his buyers that the equipment was of German make and added that most of the concentrators in the market are of Chinese origin,

Kalra had moved the high court for anticipatory bail on May 13 late evening after a sessions court denied him the relief.

After a hearing which went up to 10.00pm, the high court had listed the matter on Friday.

During the previous day’s hearing, the high court had asked Kalra how he could hold on the concentrators or even sell them when he did not have a valid license to manufacture, store, import or sell the same.

While the sessions court denied him anticipatory bail, a magisterial court on May 13 granted bail to an employee of upscale restaurant ‘Town Hall’, owned by Kalra, in connection with the case.

Four employees of Matrix Cellular company, including its CEO and vice president, who were also arrested in the case are also out on bail.

During a recent raid, 524 oxygen concentrators were recovered from three restaurants owned by Kalra — Khan Chacha, Nega Ju and Town Hall — and he is suspected to have left Delhi along with his family. The concentrators are crucial medical equipment used for COVID-19 patients.

Kalra had bought the concentrators from Matrix Cellular which had imported them.

On May 5, a case was registered against Kalra under Section 420 (cheating), 188 (disobedience to order duly promulgated by public servant), 120-B (criminal conspiracy) and 34 (common intention) of the Indian Penal Code.