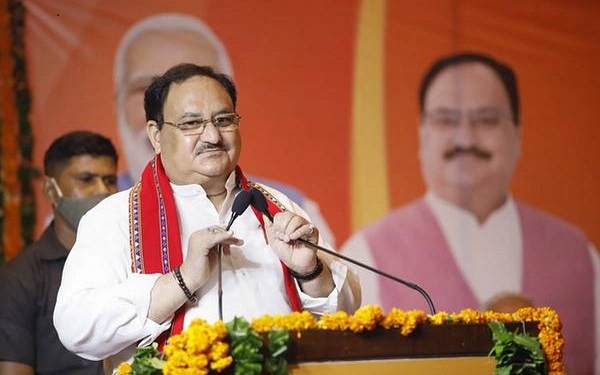 BJP president J P Nadda on Tuesday lauded the party’s performance in the city corporation polls in Karnataka and congratulated the state leadership, including Chief Minister B S Bommai, for a “bigger” win than the last time.

“Thanks to people-friendly policies of PM Narendra Modi, we have won Belagavi City Corporation for the 1st time. It’s a matter of pride that Karnataka BJP has emerged as single largest Party in Hubballi-Dharwad Corporation & performed exceedingly well in Kalaburgi Corporation,” Nadda said in a tweet.

He lauded Bommai, state party chief Nalin Kateel and party workers for ensuring that the “BJP won bigger than it did last time”.

The ruling Bharatiya Janata Party in Karnataka received a shot in the arm in the elections to the three municipal corporations by getting clear majority in Belagavi, emerged as the single largest party in Hubballi-Dharwad and finished a close second in Kalaburagi.

In Doddaballapur City Municipal Council election in Bengaluru rural district, the BJP emerged as a single largest party while the Congress got absolute majority in Tarikere Town Municipal Council in Chikkamagaluru district.

The elections took place on September 3 and the results were announced on Monday.