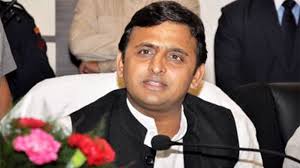 The one-man judicial commission of inquiry that went into the 2013 Muzaffarnagar communal riots has concluded intelligence failure and laxity on the part of police led to the violence that left 62 people dead but is silent on the role of the Akhilesh Yadav government in the conflagration.

The Justice Vishnu Sahai Commission, whose 700-page report was tabled in the state assembly today, also accused the media of putting out exaggerated reports and spreading rumours that fuelled violence.

Referring to the case lodged against BJP MLA Sangeet Som and 229 others in connection with uploading “objectionable” video on YouTube, the commission said it was of the view that under article 20(2) of the Constitution, which says no person shall be prosecuted and punished for the same offence more than once, no other penal action could be taken against them.

Similarly, penal action could not be taken against the then BSP MP Qadir Rana and others for using objectionable language at Fakkarshah crossing on August 30, 2013, it said.

BJP has, meanwhile rejected the Sahai panel report as “incomplete” and demanded a CBI inquiry into the riots.

“The inquiry report tabled in the Assembly is a mix of of several semi-truths,” BJP Legislature Party Leader Suresh Khanna said in a statement issued here.

He alleged that it was one-sided and did not highlight real culprits, reason, cause of provocation and how it spread.

UP Minister Azam Khan also targeted the media for the riots, saying “Media had a big role in over-exaggerating the riots. In America you can’t show dead bodies and bloodshed.”

The commission said polarisation along communal lines following the murder of two young men by a youth from minority community in Kawal town on August 27, 2013, was the trigger behind the riots.

It said failure of the intelligence unit was an important reason behind the violence.

The panel said the riots took place as the the then Inspector of intelligence unit Prabal Pratap Singh failed to give exact figure of people going to attend a Mahapanchayat at Mandaur. The Hindus, particularly Jats, returning from the Mahapanchayat were allegedly attacked by the minorities, fuelling tensions further.

The proceedings of the Mahapanchayat were not recorded and there was laxity on the part of the then SSP Subhash Chandra Dubey, due to which violence spread to Saharanpur, Shamli, Baghpat and Meerut, the panel said. Apart from the killing of 62 people, the riots saw thousands rendered homeless in these districts.

The panel also agreed with the suspension of the then Senior Superintendent of Police Dubey and departmental action against him. It questioned the then District Magistrate Kushal Raj Sharma’s decision of not videographing the proceedings at Mahapanchayat.

Though the report did not mention anything against the Akhilesh Yadav government, leaders of opposition parties said the Chief Minister cannot escape the blame as law and order was a state subject.PTI