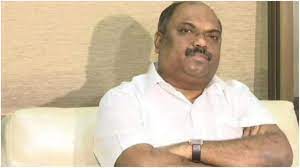 Maharashtra transport minister and senior Shiv Sena leader Anil Parab did not appear before the Enforcement Directorate here on Wednesday in connection with a money laundering case, an ED official said.

The central agency had summoned Parab for questioning at its zonal office here in a probe linked to alleged violation of coastal regulation zone provisions in the construction of a resort at coastal Dapoli in Ratnagiri district.

The agency wanted to record Parab’s statement under the Prevention of Money Laundering Act (PMLA), officials had said on Tuesday.

An aide of Parab told PTI that the minister had submitted a reply to the ED summons on Tuesday itself, and therefore he did not appear before it.

The ED had raided premises of Parab and some persons allegedly linked to him in May.

Parab (57), is a three-time Shiv Sena legislator in the Maharashtra Legislative Council and is also the state parliamentary affairs minister.

After the raids on May 26, the ED had questioned Parab and recorded his preliminary statement as part of the case filed after taking cognisance of a recent Union Environment Ministry show-cause notice that termed the Dapoli resort “illegal”.

Dapoli, about 230 km from Mumbai, is a scenic coastal hill station.

Parab is also facing some other charges of alleged irregularities and corruption.

The Income Tax Department made these allegations after it conducted raids in March against some people allegedly close to Parab, including Kadam and deputy regional transport officer Bajrang Kharmate.

The CBDT had in March stated that construction of the resort started in 2017 and over Rs 6 crore was spent in cash for it.

The environment ministry notice reportedly stated that the building and the road of the Dapoli resort fall within 200 metres of the high-tide zone, which qualifies as a no-development zone under CRZ-III.

Parab has categorically denied his association with this resort.

Another case in which Parab was questioned by the ED in September last year pertains to the PMLA case linked to former Maharashtra home minister Anil Deshmukh.

Dismissed police officer Sachin Waze, arrested by the NIA in a case of recovery of an explosives-laden SUV near industrialist Mukesh Ambani’s house in Mumbai, had levelled certain allegations against Parab.

Waze had alleged in a letter, which he sought to submit before a court, that in January 2021, Parab asked him to carry out an inquiry against “fraudulent” contractors listed by the Mumbai civic body and “collect” at least Rs 2 crore from about 50 such contractors.

Parab had then rejected Waze’s claims.

Waze, in his statement to the ED, had also claimed that Parab received crores of rupees as a bribe from Kharmate for the transfer of some police officers in Mumbai in 2020. The ruling combine of Shiv Sena, NCP and Congress in Maharashtra has often accused the BJP of misusing central probe agencies to target the coalition.