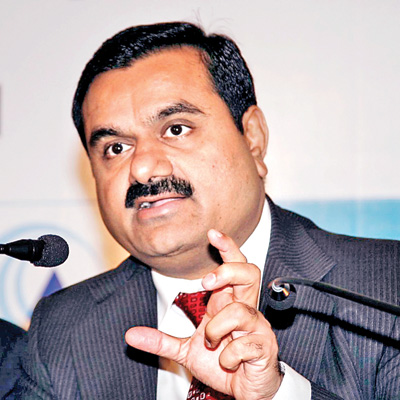 Indigenous traditional owners of the lands have rejected Indian mining giant Adani’s 16.5 billion dollar mine, rail and port projects in Australia’s coal-rich Queensland state, in what is being described as the biggest case in recent history involving native title law.

The Wangan and Jagalingou (W&J) people, the traditional owners of the lands earmarked for the mine and of much of the Galilee Basin, have rejected the Indigenous Land Use Agreement with Adani to build coal mine in the area.

Reports said that Adani took legal action to override the W&J people and, if successful, it would allow the Queensland government to compulsorily acquire the land and issue a mining lease for the Carmichael mine.

The W&J were now seeking talks with the new Labor government to convince it to?refuse support to Adani’s legal action against them,?rule out any compulsory acquisition, and?reject his application for a mining lease for Carmichael.

W&J spokesperson Adrian Burragubba, said: “The new Queensland Labor government has an opportunity to step up now, and do the right thing. We call on Premier Palaszczuk and Minister for Mines Anthony Lynham to rule out compulsorily acquiring our land. They must reject Adani?s mining lease application for Carmichael.

“If they approve Carmichael, they will be responsible for the death of our land, and our connection to it going back to time immemorial.”

“The W&J people have never given our consent to Adani’s massive mine and never will. It will destroy our ancestral lands and waters, our totemic animals and plants and our dreaming.?We are putting the government on notice that we will do whatever it takes to stop it.”

Burragubba said his people have never given consent to Adani’s massive mine and never will.

He claimed Adani has support at the highest level of the Australian and Indian governments.

“The worst part of it is that the Federal and Queensland governments have sided with Adani. Both Federal Environment Minister Greg Hunt, and the former QLD LNP government approved the mine. They?re fighting on the side of a rich foreign multinational against us, and betraying their obligations to protect W&J?s rights,” he said.

Refuting the allegations, an Adani spokesman was quoted as saying in the media that the company was continuing “to negotiate with the W&J’s authorised representatives and would prefer a negotiated outcome that recognises all parties’ interests.”

Another W&J spokesperson Murrawah Johnson said, “This won?t be easy. The cards are stacked against us. So we’re now calling on the community ? including other Traditional Owner groups and environmentalists who share our vision to join us in our battle.

“We’re telling the Queensland government we will not stand by and allow them to take our land. And we?re telling Adani that?’No Means No!’: they need to cancel the Carmichael mine, leave our land alone, and go home.”