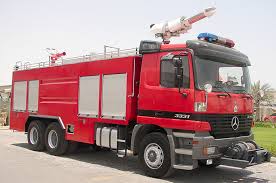 India today donated 18 fire fighting engines to Nepal to be utilised mostly by newly established municipalities in and around the Kathmandu valley.

Indian Ambassador to Nepal Ranjit Rae handed over the keys of the fire engines to Minister for Federal Affairs Hitraj Pandey at a function here.

These firefighters will be utilised mostly by newly- established municipalities in and around Kathmandu Valley for controlling fire.

One of the fire fighting engine will be used by the Kathmandu Metropolitan City.

The fire engines gifted by India will play an important role in saving life and property during the time of emergency, Pandey said while addressing the gathering at the function as he thanked the Indian government for its help.

Ambassador Rae said Nepal and India enjoy close ties and during the time of disasters they extend help to each other.PTI