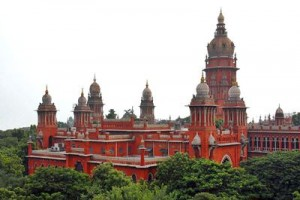 (12 Dec) Madurai: Madras High Court today confirmed the order of Tamil Nadu Human Rights Commission directing a woman Sub Inspector to pay a compensation of Rs 15,000 to a employee of the Tamil Nadu Electricity Board for attacking her after illegally detaining her for four days. Justices V Ramasubramanian and N Kirubakaran said there was nothing to interfere with the order of the Human Rights Commission and directed the government to pay the compensation and deduct it from the salary of the Sub Inspector Shobana of Tallakulam Police Station here. The Employee Baaluthai, working as meter reader, was arrested in connection with the theft of a baby at the Government Rajaji Hospital here on April 27, 2003.

She was detained for four days at the police station and brutally attacked by Shobana. Following a complaint from Baaluthai, the Human Rights Commission directed the Government to pay Rs 15,0000 as compensation for illegally detaining and attacking her as per the guidelines of the Supreme Court. It also directed the government to deduct the compensation amount from Shobana’s salary on June 3, 2006. Shobana’s appeal against the Human Right Commission’s direction was dismissed by the division bench.