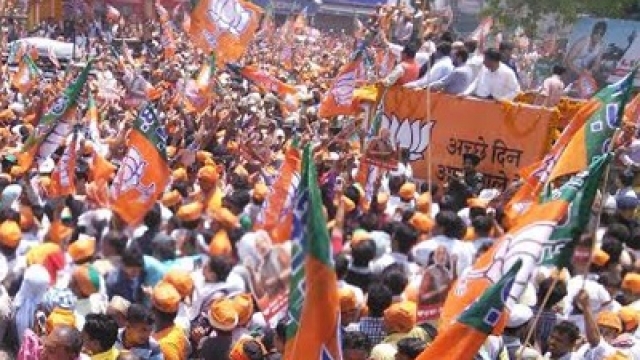 RSS Goa unit chief Subhash Velingkar has criticised the BJP-led government over the Medium of Instruction (MOI) policy in the schools.

“Don’t allow these people (BJP) on your doorstep during the election. They have betrayed trust of the voters who got them elected in 2012 election because they promised regional languages as MOI,” Velingkar told a gathering organised by Bharatiya Bhasha Suraksha Manch (BBSM) at Mandrem in North Goa yesterday.

Velingkar said the BJP-led state government had assured 12 different incentives for schools in Konkani and Marathi languages when it completed four years of its rule.

“But not a single paisa has been budgeted for these incentives. The announcement was merely an eyewash,” he alleged.

“Now this is agitation of Goan people. We have decided not to bear the lies,” he said adding that “BJP leaders are responsible for their own downfall in the state.”

A section of society in the coastal state backs English as medium of instruction in schools. The state government has given grants to such English medium schools, a move opposed by BBSM.PTI