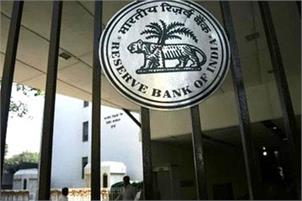 New Delhi, Jun 7 (PTI) Reserve Bank is all set to issue first set of licences for small and payment banks in the next two months, a move aimed at promoting financial inclusion.

The applicants include Department of Post, Tech Mahindra, Videocon Group and stock exchange NSE, besides big corporates like Ambanis and Birlas.

The objective of licensing small banks is to promote financial inclusion by offering saving vehicles and credit to small business units and other unorganised sector entities.

“I hope (we would) be able to announce a new set of bank licences, at least one set of bank licences by August-end. We are undertaking a review of all regulations governing markets to see where there is scope for further liberalisation once macroeconomic uncertainty diminishes,” RBI Governor Raghuram Rajan had said after the monetary policy review last week.

Payment banks would be allowed payment and remittance services through various channels. However, such lenders cannot issue credit cards or undertake lending activities.

The idea was first suggested by Nachiket Mor committee in January 2014.

The move to allow such differentiated banks came after the RBI had found just two entities — infra player IDFC and micro-lender Bandhan from among over two dozen applicants — eligible for setting up commercial banks.

The RBI issued this limited set of licences on April 1, 2014, after a decade. Both applicants are yet to begin their operations even after a year as they have time till October.