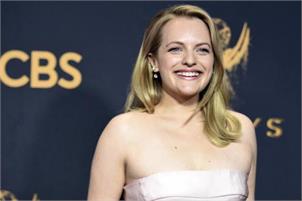 According to Variety, the movie is an official adaptation of Hill’s memoir “She Will Rise: Becoming a Warrior in the Battle for True Equality”.

Blumhouse TV optioned the book, which was released in August, and will produce alongside Michael Seitzman and his banner Maniac Productions, and Moss’s production company Love & Squalor Pictures.

Michael Seitzman, who wrote the feature film “North Country”, will pen the screenplay for the project.

The book follows Hill as a young woman with no prior political experience whose charm and common sense won over the people in her district and thrust her into the halls of power in Washington.

“While her brash confidence won her powerful allies and infuriated her enemies, it was privately concealing a cycle of domestic abuse she was trapped in at home, infamously culminating in the release of intimate photos and the revelation of her own admitted personal mistakes that would eventually result in her stunning fall from grace,” the official logline read.

Moss said she is honoured to play Hill in the movie and help in telling her story to the world.

“Her strength and work to amplify women’s voices is incredibly inspiring to me and her experiences could not be more important for us to magnify right now. As always, Jason and the Blumhouse team are such incredible partners and Lindsey and I are thrilled to make something powerful with them and Michael,” she added.

Hill will serve as an executive producer on the movie alongside Moss, Lindsey McManus and Jeremy Gold.PTI