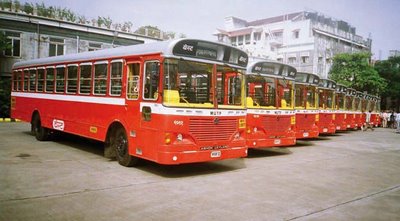 Mumbai: The Congress on Sunday said the bus fare hike by Brihanmumbai Electric Supply and Transport (BEST) in Mumbai was “unjustified” and demanded its immediate rollback.

The “steep” bus fare hike, which will have an adverse impact on travel budgets of the citizens, came into effect from today. While fares of regular buses will rise by Re 1 to Rs 10, those for air-conditioned (AC) buses will go up by Rs 5 to Rs 30.

Starting April 1, these fares will be hiked further by Re1 to Rs 2. Following these hikes, BEST is expected to generate Rs 125-Rs 150 crore annual revenue.

Congress spokesman Sachin Sawant said the hike was “unjustified”. “International crude oil prices have come down by 65 per cent while only 11 per cent of the benefit has been passed on to the people. What is the need of this fare hike which affects lives of ordinary Mumbaikars?” he asked.

“Is this the ‘acche din’ promise of the BJP to put financial burden on ordinary people?” he asked.

Sawant said last year immediately after coming to power, BJP had hiked railway fares. It was the Congress agitation which forced the government to partially roll back the hike.

“The BEST fare hike should be immediately rolled back and BJP should not play with people’s emotions,” he said.