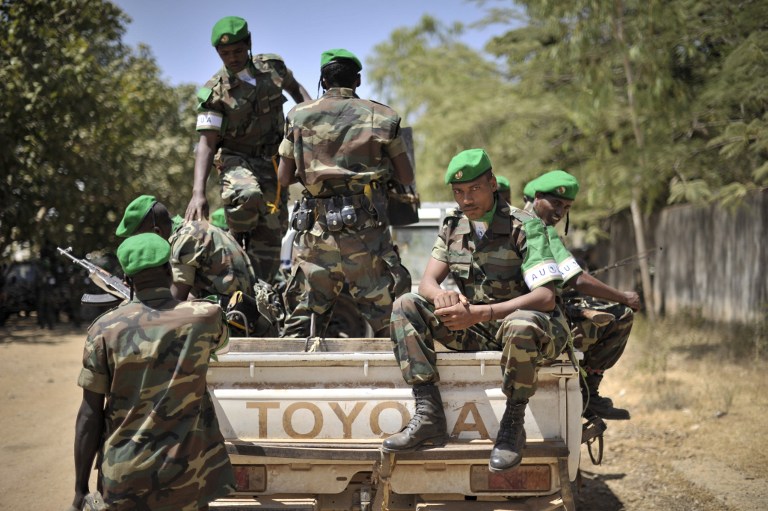 Addis Ababa: The African Union called on Friday for a regional five-nation force of 7,500 troops to defeat the “horrendous” rise of Nigeria`s Boko Haram Islamist militants.

The call for collective action came as leaders of the 54-member bloc opened their two-day annual summit in the Ethiopian capital Addis Ababa, where they are addressing a string of crises across the continent.

“Terrorism, in particular the brutality of Boko Haram against our people, are a threat to our collective safety, security and development. This has now spread to the region beyond Nigeria and requires a collective, effective and decisive response,” AU commission chair Nkosazana Dlamini-Zuma said in a speech opening the summit.

Conflict elsewhere, including civil war in South Sudan and the Central African Republic, as well as a new offensive launched Thursday by Democratic Republic of Congo against Rwandan ethnic Hutu rebels in the east of the country, are also expected to be discussed.

The AU Peace and Security Council called for a regional five-nation force of 7,500 troops to deploy to stop the “horrendous” rise of the insurgents.

The proposed force will have the backing of the AU, and will ask for expected UN Security Council approval, plus a “Trust Fund” to pay for it, Dlamini-Zuma said.

More than 13,000 people have been killed and more than one million made homeless by Boko Haram violence since 2009.

Mugabe, a former liberation war hero who aged 90 is Africa`s oldest president and the third-longest serving leader, is viewed with deep respect by many on the continent — but he is also subject to travel bans from both the United States and European Union in protest at political violence and intimidation.The leaders gathered in Ethiopia will also discuss the economic recovery of countries affected by the Ebola virus, the setting up a “solidarity fund” and planning a proposed African Centre for Disease Control.

The worst outbreak of the virus in history has seen nearly 9,000 deaths in a year — almost all of them in the west African nations of Liberia, Guinea and Sierra Leone — and sparked a major health scare worldwide.

With over a dozen elections due to take place this year across Africa, the focus at the talks will also be on how to ensure peaceful polls — likely leaving little time for discussions on the official summit theme of women`s empowerment.

The Institute for Security Studies, an African think-tank, warns that many of these elections “are being held in a context that increases the risk of political violence”.

Ban Ki-moon also told African leaders they “cannot afford” to ignore the wishes of their citizens.

“People around the world have expressed their concern about leaders who refuse to leave office when their terms end. I share those concerns. Undemocratic constitutional changes and legal loopholes should never be used to cling to power,” Ban said.

South Sudan`s warring parties met on the sidelines of the AU talks on Thursday, in the latest push for a lasting peace deal. Six previous ceasefire commitments, however, have failed to end the 13-month-old civil war in the world`s youngest nation.

The South Sudan talks, which are being brokered by the regional East African bloc IGAD, are due to resume on Saturday.

Also topping the agenda is the question of financing regional forces, amid broader debates on funding the AU, a thorny issue for the bloc, once heavily bankrolled by toppled Libyan strongman Moamer Kadhafi.