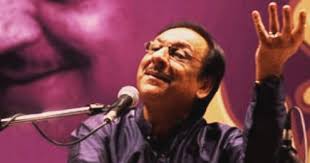 National Convener of AAP Preeti Sharma Menon, in Maharashtra has sent a press release for the media to publish, which Real News Of India obliges to publish the entire content.

The Shiv Sena Wednesday forced the cancellation of a concert by Pakistani ghazal singer Ghulam Ali, who was scheduled to perform at Mumbai’s Shanmukhananda Hall Friday as a tribute to Jagjit Singh on his fourth death anniversary. – See more at: http://indianexpress.com/article/india/india-others/sena-protests-ghulam-alis-show-in-mumbai-opposes-cultural-relation-with-pakistan/#sthash.so6TEvjU.dpuf

Home to Bollywood, India’s prolific movie industry, Mumbai is the capital of performing arts in India. The ruling BJP – Shiv Sena state government have put an unforgivable blot on Mumbai’s metropolitan, all inclusive nature by not allowing Ghulam Ali to perform in India.

Ghulam Ali is an emblem of all that is good in India and Pakistan, he stands for the harmony that exists in our two countries, despite the hate spread by certain vested interests. He spreads the message of peaceful co-existence – “Diwali mein Ali aur Ramzan mein Ram”. It is an unspeakable shame that the state government is now promoting the elements of hate by cancelling his show in Mumbai. Aam Aadmi Party condemns this vicious divisiveness being spread by the BJP and Shiv Sena.

The Hypocrisy of Shiv Sena exposed

All of us have seen photographs of the Thackeray family with Pakistani cricketers. What is even more ironic in that on September 20th 2015 Aditya Thackeray spoke at event at Taj Land’s End in Mumbai where Pakistani singer Rahat Fateh Ali Khan performed. And today, less than 20 days later he gives statements that there can be no cultural ties with Pakistan. We request the media to ask Aditya Thackeray if it is okay for Pakistani artists to perform at private/corporate functions attended by the Thackeray family but not at shows where the common man can attend? This blatant hypocrisy goes to show that these bans & threats are only ploys used by Shiv Sena to divide people and appease their vote banks.

Morevoer, the Shiv Sena only has the courage to pick on soft targets like singers and artists. If it really had such serious issues with pro Pakistan elements, it should have raised its voice against the BJP PDP alliance in Jammu & Kashmir.

Who runs that state – Devendra Fadnavis or Uddhav Thackeray?

The AAP believes that this act of Shiv Sena has shown that the Maharashtra Chief Minister Devendra Fadnavis is incapable of leading a state. Why did the organizers of the show visit Uddhav Thackeray? Who is the Chief Minister of this state – Fadnavis or Thackeray? If the Chief Minister of Maharashtra does not have the courage and the wherewithal to ensure a peaceful concert, how will he ensure safety for the citizens? How will he promise safety for international businesses which he is allegedly wooing?

The BJP Governments, both in the centre and the state, blame fringe elements for the dastardly attacks on the tolerant, secular fabric of India. But the reality is that these fringe elements are flourishing as they have the protection and support of the BJP government. The Aam Aadmi Party exhorts the people and the thought leaders of India to raise their voice against this divisive agenda of the BJP and its associates before they plunge the nation into complete anarchy and violence.

The AAP government in Delhi invites Ghulam Ali to perform in Delhi. We have immense respect for his talent, and his spirit of universal love and would like him to give India a chance to atone for the insult caused by the small minded, political opportunism of the Shiv Sena and BJP.