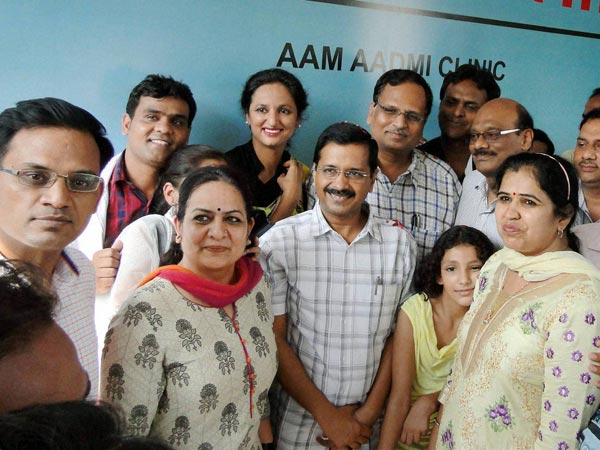 AAP govt to set up mohalla clinics in comm hubs

The AAP government is planning to set up mohalla clinics in the city’s commercial hubs including Nehru Place, Bhikaji Cama Place, and Subhash Place in order to provide medical facility to working class there.

The Kejriwal government has an aim of setting up 1,000 mohalla clinics by the end of this year and out of them, 105 such health facilities have come up in different areas of the national capital so far.

Government has identified 300 schools where such clinics will be set up for giving medical service to students near their study places.

A senior official said that government wants to provide health services to professionals working in commercial areas as many of them are not able to spare time for their health check up.

“We are contemplating setting up mohalla clinics in commercial hubs including Subhash Place, Bhikaji Cama Place and Nehru Place to provide medical services to working class.

Government is looking for land in these areas to open such clinics,” the official also said.

In his Independence Day speech, Chief Minister Arvind Kejriwal had lauded his government’s works in health sector, saying that in the last one-and-a-half years, his government has “prepared” the people of Delhi by educating them besides making them healthy and giving skills.