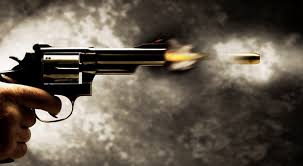 An eight-year-old boy was killed in a celebratory firing bySamajwadi Party (SP) workers at Kairana town in Shamli district, triggering protests by locals.

The victim, Sami, who was passing by Kairana area in a rickshaw, was hit during the firing by SP workers on Sunday, Superintendent of Police Anil Kumar Jha said.

The workers were celebrating the victory of party candidate Nafisa in the local body polls from the town, he said, adding the boy later succumbed to his injuries.

A case has been registered against five persons, including the husband of the victorious candidate under relevant sections of the Indian Penal Code, the police said, adding efforts are being made to arrest the absconding accused.

Irate locals blocked the Khatima-Panipat Highway to protest the death of the boy.