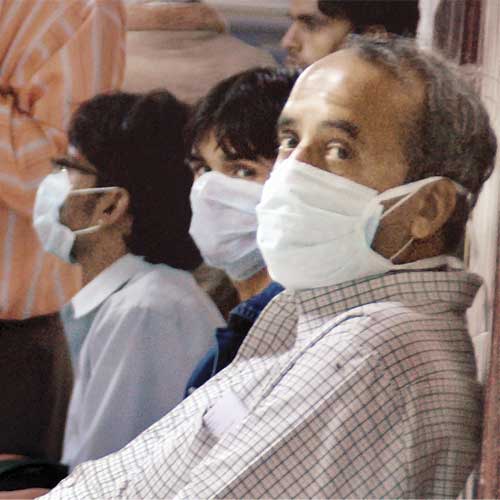 As many as 27 people have tested positive for the H1N1 virus in Telangana and are presently undergoing treatment at the Gandhi Hospital in Hyderabad while 35 cases are under observation for suspected influenza.

“Till yesterday, we had 23 patients undergoing treatment in our hospital. We have received four more cases today. At the same time, 35 suspected cases including 10 children are under observation,” Narasimhulu said.
So far, seven persons have succumbed to the deadly disease in Telangana since January 1 this year, the official said. Health officials here maintained that swine flu disease this year is not as virulent as it was in 2009 but high risk groups (those suffering from different serious ailments and low immunity) need to remain alert.

In 2014, 88 cases of swine flu were reported in Telangana and Andhra Pradesh. Last year, 11 people reportedly died of the disease.