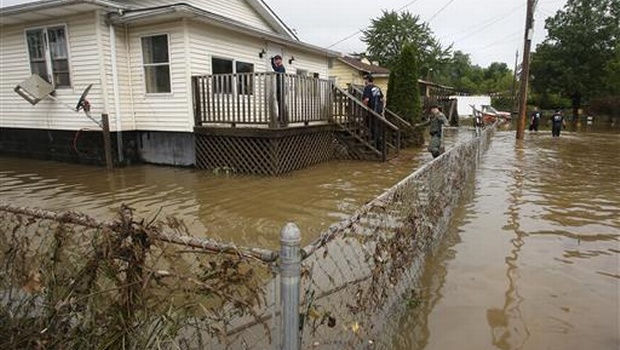 Heavy rains in West Virginia have resulted in at least 24 deaths, leaving many families homeless.

Sixteen people died in Greenbrier County, at least 15 of them in Ranielle. Greenbrier is the only county where Gov. Earl Ray Tomblin’s administration believes people remain missing. Six other deaths were reported in Kanawha, in addition to one each in Jackson and Ohio counties.

In adddition, about 500 people were stranded overnight in a shopping center when a bridge washed out, and dozens of other people had to be plucked off rooftops or rescued from their cars.