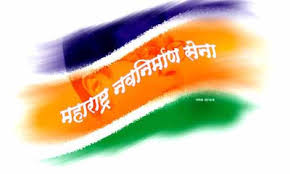 Amid tension in the wake of Uri terror attack, the MNS on Friday asked Pakistani artistes like Fawad Khan to leave immediately, failing which their shootings will be stalled.

She said these two actors have been served the ultimatum to leave the country.

In Karan Johar’s “Ae Dil Hai Mushkil”, which is slated to release next month, Fawad is in a supporting role Mahira plays the lead role opposite SRK in ‘Raees’.

However, Mumbai police assured the actors that they need not worry as they will be given protection.

Shalini, who is the general secretary of MNS, told PTI that their Chitrapat wing has issued a 48-hour ultimatum to all the Pakistani actors to leave the country.

“We have started dashing off letters to Pakistani actors, whose country is allegedly sponsoring terrorism, to stop their acting business here.

“We would also issue letters to the producers on what grounds they are hiring the Pakistani actors, when there are ample number of actors here in the country and struggling to find an opportunity,” she said.

In a country of 1.25 billion people where lakhs and crores struggle a lot for an opportunity to be launched in movies, these big brands are giving opportunity to Pakistani artistes, she added.

To a query on what MNS would do if the Pakistani artistes don’t leave, Thackeray said, “Our workers would push them out… would not let them do their acting business.