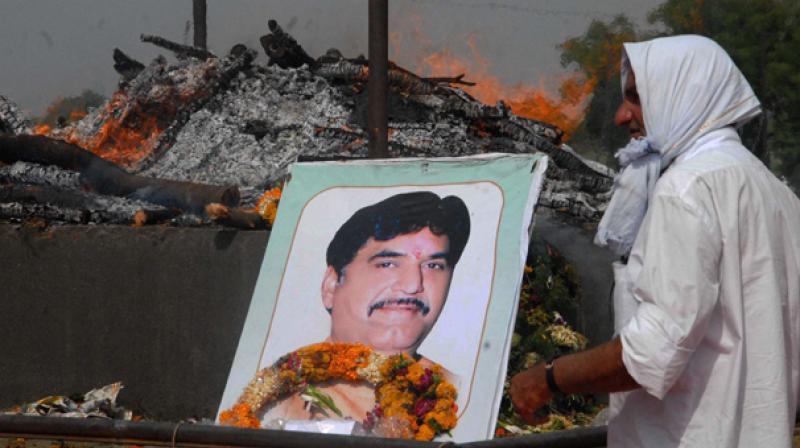 A city court has decided to proceed with the trial of a driver who had allegedly rammed his vehicle into the car of Union Minister Gopinath Munde, leading to the BJP leader’s death two years ago.

Special Judge Gurdeep Singh refused to discharge accused driver Gurvinder Singh in the case and held there was “prima facie” evidence to try him for the offences including the crime of rash driving and culpable homicide not amounting to murder (killing without motive).

64-year-old Munde, a prominent face of the BJP in Maharashtra, had died apparently of shock and cardiac arrest suffered during the road accident on June 3, 2014.

The defendant’s contention that he was innocent and the drivers of cars ferrying VIPs drove at high speed, did not find favour with the court.

“Each case depends on its own facts and nothing can be generalised in this manner. There is no presumption that all the drivers of VIPs, drive at a fast speed. Although, it may be true in some cases,” the court said, adding that the matter will be looked into during the trial.

“As per the charge sheet and other evidence on record, prima facie offence is made out against the revisionist (accused) under Section 279 (rash driving) and 304-A (culpable homicide not amounting to murder) IPC,” it said.

The court passed the order on an appeal filed by the accused against a magisterial court judgment on which charges were framed against him.

It also noted that according to an expert, the speed of car of the accused was more than that of the politician’s car.

The court said the FIR was registered on the statement given by Munde’s driver.

The accused, who is out on bail, had challenged the trial court order on the ground that he was the original complainant but due to political pressure, the prosecution had made him the accused.

He had claimed that he was the initial caller to the police and the Minister’s vehicle had sped away from the spot after hitting his vehicle, adding that it was the driver of the politician who was speeding with a red beacon light.