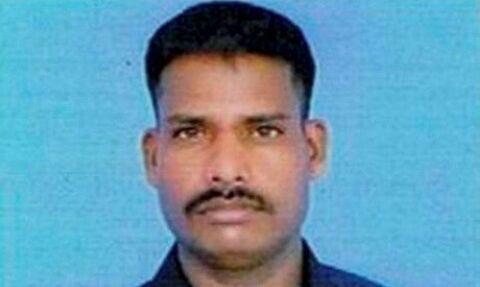 Prime Minister Narendra Modi today condoled the demise of Lance Naik Hanamanthappa Koppad, who was extricated alive six days after an avalanche hit his post in Siachen Glacier, saying he has left “us sad and devastated”.

“He leaves us sad & devastated. RIP Lance Naik Hanamanthappa. The soldier in you remains immortal. Proud that martyrs like you served India,” Modi tweeted.

The soldier died today, three days after he was miraculously rescued alive from beneath tonnes of snow at a height of 19,600 feet after the February 3 avalanche hit.

The 33-year-old soldier of the 19th Battalion of Madras Regiment is survived by his wife Mahadevi Ashok Bilebal and two-year-old daughter Netra Koppad.

A resident of village Betadur in Dharwad district of Karnataka, Koppad had joined the army 13 years back.

The condition of Koppad, who was admitted to Army Research and Referral Hospital here on February 9, had deteriorated yesterday. (AGENCIES)