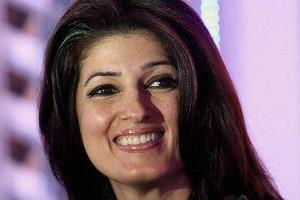 Mumbai, Apr 27 (PTI) Twinkle Khanna’s tongue-in-cheek response about Chetan Bhagat’s stint as a judge on a dance reality show to an user fuelled a debate on Twitter between the former actress and the author.

The online feud started when a user complemented her writing skills and wrote, “You are an amazing writer, you don’t need to change your name to Chetali Bhagat.”

To which, Twinkle wrote, “I do! He gets to judge Nach Baliye and I get to judge if that gross thing on my floor is dog puke or poop #SuchIsLife.”

Chetan, who is the new judge on “Nach Baliye 7”, taunted the “Jab Pyaar Kisise Hota Hai” actress and tweeted, “Well, I’d say you have the bigger challenge girl.. By the way, how do you tell the difference between the two anyway?.”

Twinkle came up with an interesting reply, saying ,”It’s a short life-if lucky enough to get opportunities to do diverse things then one should @chetan_bhagat write a bestseller about it too.”

Chetan was quick to point out Twinkle’s acting efforts, “You nailed it.. It is YOLO.. Nobody offered me Barsaat, or Baadshah… Else you know..”

The witty war of words took an interesting turn when Twinkle commented on his appearance.

“Well if you were taller, had more hair you could have got Bobby Deol’s role & if were way cooler, than SRK would be jobless,” Twinkle wrote with smiley.