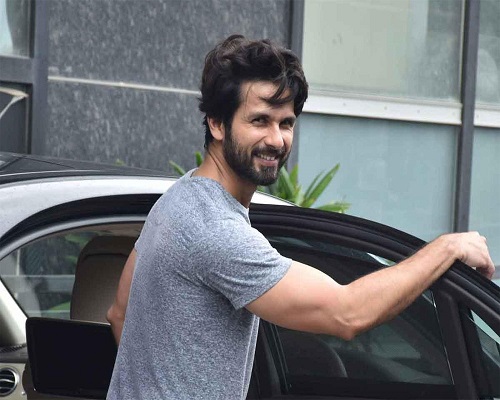 According to media reports, the untitled project is a crime action film that will mark the maiden collaboration between Kapoor and Zafar.

Taking to social media, Kapoor, 40, shared a candid photo with Zafar and said he is gearing up for “lots of action”.

“Day1 blood, crime and lots of action. Here we go @Aliabbasszafar better get your game face on,” he posted.

Zafar also shared the news about starting the shoot of their new project.

“Let’s get this started @shahidkapoor ..are you ready for a crazy, quirky, mad ride of guns & gangs, the 39-year-old writer-director wrote, without divulging details.

The film is said to be the official adaptation of the 2011 French film “Nuit Blanche” (Sleepless Night), which was adapted into a Tamil movie fronted by South superstar Kamal Haasan.

Kapoor will reportedly play a cop who is chasing drug lords.

Besides this film, the actor is waiting for the release of “Jersey”, a remake of 2019 Telugu blockbuster of the same name.

The film, directed by Gowtham Tinnanuri, who also helmed the original, chronicles the story of a talented but failed cricketer, who decides to return to the field in his late 30s driven by the desire to represent the Indian cricket team and fulfil his son’s wish for a jersey as a gift.

The actor is also set to star in an action film, titled Bull , inspired by real events from the life of Brigadier Bulsara.

“Bull”, which marks the directorial debut of Aditya Nimbalkar — who has worked extensively with filmmaker Vishal Bhardwaj — will feature Kapoor in the role of a paratrooper.

He is also set to make his digital debut with an Amazon Prime Video thriller drama series, directed by Raj Nidimoru and Krishna DK of “The Family Man” fame.