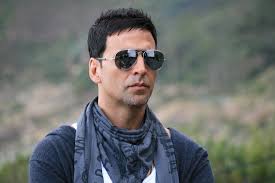 Lyrics are written as per audience’s taste: Akshay

Posted By: adminPosted date: May 07, 2016in: Entertainment NewsNo Comments

The “Baby” actor, who has featured in songs like “Samose Mein Aaloo” to “Hookah Bar”, launched a new track “Taang Uthake” from his upcoming film “Housefull 3” last night here.

When asked about the amount of improvement in lyrics from retro songs like “Paon chhoo lene do phoolon ko inayat hogi” to “Taang uthake”, Akshay said, “As much improvement is there in audience’s taste, it is in lyrics. Whatever people like, we make it.”

Singer Mika Singh, who has lent his voice to the track said, “This has been happening since before, (like) ‘Choli ke peechey kya hai’. So this is not new.”

Producer Sajid Nadiadwala said, “‘Paon chhoo lene do’ was from a Nadiadwala film. So it was from our house only.”

He was referring to the song from the 1963 film “Taj Mahal”.

The director duo said they don’t have any “nervousness” but rather “excitement” to see how the film is received by the audience.

The movie is scheduled to release on June 3.