BREAKING NEWS
07:49 AM
Home Entertainment News Here is how Anushka will look in the Aamir Khan starrer 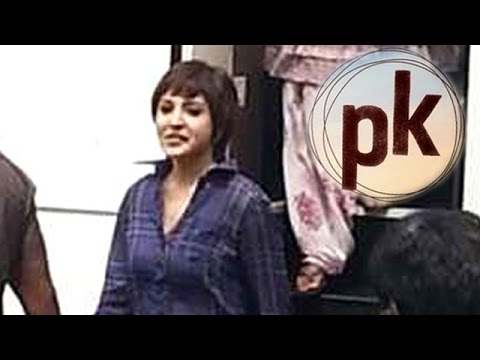 Here is how Anushka will look in the Aamir Khan starrer

We had almost forgotten that Anushka Sharma is also a part of PK for the male lead Aamir Khan has been hogging all the limelight in the posters that are coming in at irregular intervals. It is after we came across this leaked picture of Anushka’s look from the film, we remembered that even she has a role in the Rajkumar Hirani directorial, which also stars Sanjay Dutt and Sushant Singh Rajput.

Anushka will be sporting a short crop for the film. Since the Jab Tak Hai Jaan actress had to shoot for Bombay Velvet, and NH10 simultaneously, she couldn’t get her hair cut, so this look is all thanks to a wig. Reportedly, this completely new look for Anushka was finalised by Hirani after much deliberation.

Aushka’s look from PK has already got a lot of positive feedback and has sent social media ablaze with comments. We absolutely love it, do you BollywoodLifers?