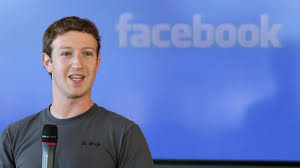 While Facebook is intensifying its campaign to garner support for its Free Basics service, Indian Institute of Technology (IIT) faculty has issued a joint statement on Tuesday calling it “misleading and flawed”.

The note issued by the faculty of the leading tech institute, which is spread across various cities in India, rejected Facebook’s proposal as it allows a private entity to define for Indian internet users what is basic, controls what content costs how much and will have access to the personal content created and used by Indians.

“Free Basics is a lethal combination which will lead to total lack of freedom on how Indians can use their own public utility – the internet. The proposal is such a lethal combination, having several deep flaws, beneath the veil of altruism wrapped around it in TV and other media advertisements,” said the statement issued by the IIT professors.

They called on the Telecom Regulatory Authority of India (Trai) to intervene and disallow the Free Basics from being launched in India.

“We urge that the Trai should support Net neutrality in its strongest form, and thoroughly reject Facebook’s Free Basics proposal,” wrote the 42 professors, who have signed on the protest note.

Expressing anguish over a foreign firm deciding what basic digital services Indians can access using their own airwaves, they said, “The sheer absurdity of this is too obvious to point out”.

To drive home their point, they further drew an analogy to a chocolate company deciding what free basic food for Indians is. “Suppose a chocolate company wishes to provide ‘free basic food’ for all Indians, but retains control of what constitutes ‘basic’ food – this would clearly be absurd. Further, if the same company defines its own brand of ‘toffee’ as a ‘basic’ food, it would be doubly absurd and its motives highly questionable.”

According to them, the second flaw in the service is that Facebook will have access to all the content of the apps of the users. “The second major flaw in the model, is that Facebook would be able to decrypt the contents of the ‘basic’ apps on its servers. This flaw is not visible to the lay person as it’s a technical detail, but it has deep and disturbing implications,” said the statement.

Lastly, they noted contrary to what the name – Free Basics – suggested, it was not free. Facebook and it telecom partner Reliance Communication (RCom) would recover the cost of Free Basic app from “non-free services”.

“The term ‘free’ in ‘Free Basics’ is a marketing gimmick. If you see an ad which says ‘buy a bottle of hair oil, get a comb free’, you know that the cost of the comb is added somewhere. If something comes for free, its cost has to appear somewhere else. Telecom operators will have to recover the cost of ‘Free Basic’ apps from the non-free services (otherwise, why not make everything free?). So effectively, whatever Facebook does not consider ‘basic’ will cost more,” they argued.